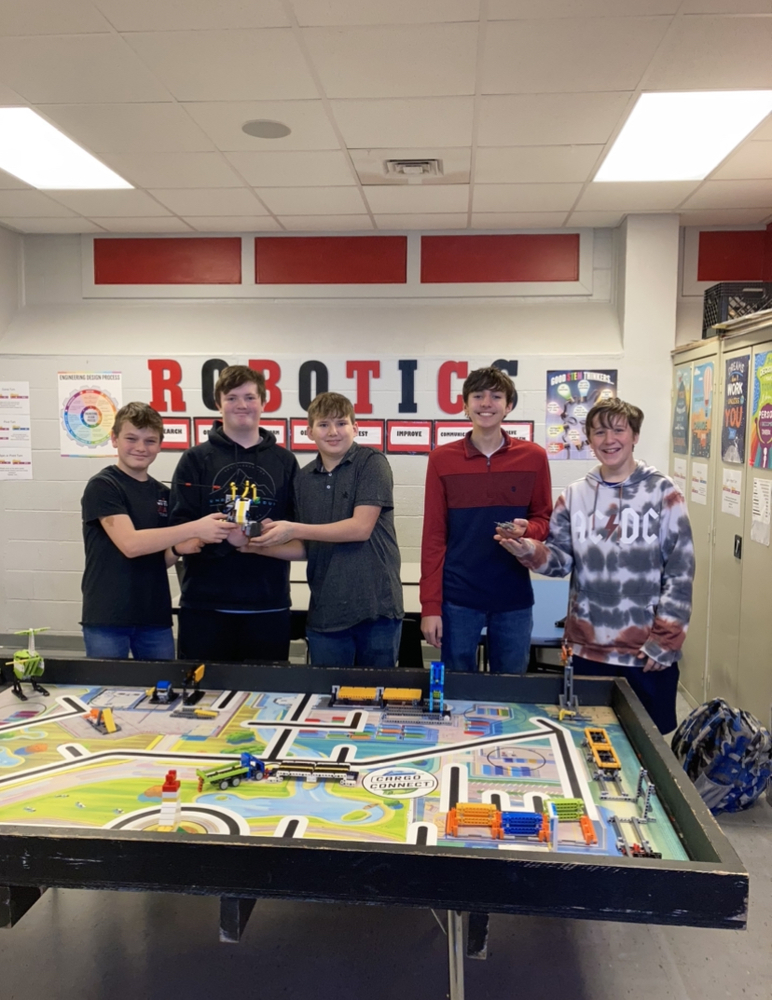 On Saturday, February 5, Decatur Middle School's "First Lego League" team participated in the state qualifier of the "First Lego League" competition.  Eighteen teams competed in hopes of advancing to state.  The DMS team of eighth graders in Mrs. Hellebrand's Competitive Robotics elective, was one of nine teams to qualify and will compete against 24 teams at the state competition which will be held in Fort Payne on March 5th.